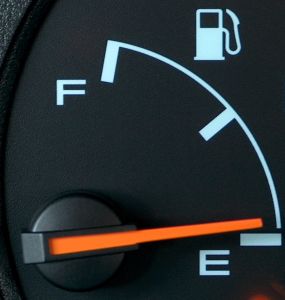 Here is why I believe we are poised not just for a recession but for a bona fide depression. What's coming is a catastrophic diminution of access to the resources and systems upon which our industrial society depends. Furthermore, I foresee that it will not be a depression from which we'll recover in a few years, as we did in the 1930s. And it won't be limited to a single nation; it will be worldwide. (Don't think that I belittle the hardships endured in the Great Depression; my parents and many others were deeply scarred by it.) In personal terms, hardship on an individual level will be horrific, with food and other shortages, and a contraction of standards of living that will be unprecedented. Here are the reasons why I believe this.

First, we are accelerating into resource scarcity. Oil, agriculture, and natural resources are over-consumed and threatened. For every single one of the resources of the earth, not only are we failing to judiciously manage what remains, we are not even tempering our appetite. Instead, we are consuming it at an accelerating rate. James Howard Kunstler and others observe that our society refuses to face the reality of the inevitable decline of industrial civilization as we have known it.

Second, while supply is dwindling, demand is accelerating. The spectacular growth of human population and economies was made possible by cheap energy, primarily in the form of oil. However, Hubbert's Peak Oil model says that as discovery declines so, 20-40 years later, does supply. In the words of Richard Heinberg, "The Party's Over." Hubbert's model is proving indisputable. In the USA, the rate of extraction peaked in the mid-1970s. In Saudi Arabia, despite a determined and decades-long disinformation campaign about their reserves, the peak yields of super-giant Ghawar and other fields were in the earlier part of this decade and are now behind us. Elsewhere in the world, the North Sea, Prudhoe Bay, and other fields that provided brief economic boons are effectively already dead. Kuwait's Burgan field, Russia's Romashkino field, Mexico's Cantarell and others, are decades old and past their peaks. There have been no significant new discoveries in many years. A few -- Venezuela, Kazakhstan, Iraq -- have not yet reached peak but their combined reserves can by themselves satisfy current worldwide demand for only a decade. As with any system operating perpetually at maximum capacity, small perturbations yield violent oscillations. We saw this at the gas pump during the OPEC embargo of the late 1970s. We'll see it again soon, and it won't be temporary this time. In 2007 I predicted that oil would surpass $100/bbl shortly after Bush leaves office. Turns out I was an optimist; it passed $100 in the summer of 2008 when Bush still had a half year to go. The price of oil has briefly dipped but it will rise indefinitely from here. As with the Iraq war, Bush's strategy is to fend off (and thereby exacerbate) the inevitable and leave the mess for someone else to clean up. In the USA, gasoline has always been underpriced hence overconsumed. Now our economy depends on cheap energy. We shall find it very hard to adjust as its price lurches upward. Responsible policy would, of course, have begun the weaning process. Among the casualties will be, as Richard Heinberg and others have predicted, our automobile-dependent suburban living and shopping mall lifestyles. We will be forced to live densely -- as do Europeans and Asians -- and thereby consume less energy. The transition will be painful. In the process, much prosperity and wealth will disappear.

In the near term, before wealth disappears it will be displaced. There is a fundamental shift in global production. The old .Seven Sisters. -- Standard Oil, Royal Dutch Shell, British Petroleum, Texaco, Chevron, Exxon and Mobil -- are no longer what they once were. Today, these companies collectively control less than 10% of the world's oil resources. The old seven have now been replaced by the new .Seven Other Sisters. (SOS). These are: Saudi Aramco (Saudi Arabia), Gazprom (Russia), CNPC (China), NIOC (Iran), PDVSA (Venezuela), Petrobrás (Brazil), and Petronas (Malaysia).

The third reason for the coming hard times is, of course, the environment. Global climate change will make itself felt by agriculture. Many crops will be less viable in changed weather systems. Food will be more expensive due to dwindling supply, to increased cost of transportation from farms to population centers, and to increased cost of petroleum-based farm technology (mechanized equipment, petroleum-based fertilizers and pesticides). Natural resources -- especially lumber (clear-cut forests) and the oceans (crashing fish stocks, fisheries devastated by drag-nets and pollution) -- are being plundered literally to death.

Human overpopulation is at the root of the crisis. The fundamental principle is obvious yet disregarded: growth is not infinitely sustainable. Nutrients and other necessary inputs are finite. Without careful management of the resources and without limits on the rates at which they are consumed, they run out. Global population will be forced to shrink. Wise population and resource management might have prevented the hardship this will entail, but as a species we have been unable to regulate ourselves.

Technology cannot save us. No more oil? The solution is simple, go solar, right? "Go solar" we must, but there is no energy source -- solar or otherwise -- that comes close to oil for cost-effectiveness. Furthermore, all technologies -- solar included -- rely on resources such as metals. The world is running out of them. Look, for example, at how the price of copper has risen in recent years. We can't deliver electricity without it, yet there's not much left to mine. No technology is immune to increased energy costs and materials scarcities.

Fourth, global economies are falling victim to distortions caused by their gross mismanagement. This mismanagement is in several forms. One is trade imbalances. Over the last 50 years, the U.S. economy has shifted from savings to debt, from manufacturing to finance, from making things to buying them. In that time we have gone from being the world's largest creditor to being its largest debtor. Our creditors see that a) their loans to us will never be repaid, and that b) the interest they receive on these loans are being paid in disappearing dollars. Devaluing our currency is a trick we use to evade them. Compounding this with dwindling interest rates -- another trick we use to pump up our stocks and screw our creditors -- will wear thin. Eventually they will see no option but to walk away from their misguided loans (while taking as much of our national capital as they can) and selecting another currency -- the Euro? the Yuan? -- as a world reference.

The second form of mismanagement of our economy is the inflation of our currency. Bernanke's (and Greenspan's before him) trick of dropping interest rates when things get bad briefly puffs up Wall Street but in the long term guarantees economic disaster. Making it cheaper to borrow money enables business to expand and consumers to borrow and spend more. All this new spending puts more dollars into circulation. The Feds happily print the additional money and for a little while, as we spend it, we feel rich once again. However, the expanded money supply is more dollars chasing the same amount of goods, the classic definition of inflation. Eventually, this trick will stop working and the public will be horrified by the "suddenly" shrinking standard of living. As interest rates approach zero there will be no more rabbits to pull out of hats.

Though my dire predictions are USA-centric, they are applicable worldwide with variations only in timing. All this spells the end of the growth phase of humanity. For what comes next, we are utterly unprepared. Few people have given it much thought. Of those who have, some have adopted a survivalist approach, retreating to remote locations and stockpiling supplies and even weapons. However, this is not a sustainable approach, and it's not conducive to a world in which many would choose to live. Thinking deeper reveals the necessity of a community-based strategy. Heinberg says, "There is much that individuals and communities can do to prepare for the energy crunch. Anything that promotes individual self-reliance (gardening, energy conservation, and voluntary simplicity) will help. But the strategy of individualist survivalism will offer only temporary and uncertain refuge during the energy down-slope. True individual and family security will come only with community solidarity and interdependence. Living in a community that is weathering the downslope well will enhance personal chances of surviving and prospering far more than will individual efforts at stockpiling tools or growing food."

"These suggestions describe a fundamental change of direction for industrial societies - from the larger, faster, and more centralized, to the smaller, slower, and more locally-based; from competition to cooperation; and from boundless growth to self-limitation. "If such recommendations were taken seriously, they could lead to a world a century from now with fewer people using less energy per capita, all of it from renewable sources, while enjoying a quality of life perhaps enviable by the typical industrial urbanite of today. Human inventiveness could be put to the task, not of making ways to use more resources, but of expanding artistic satisfaction, finding just and convivial social arrangements, and deepening the spiritual experience of being human. Living in smaller communities, people would enjoy having more control over their lives. Traveling less, they would have more of a sense of rootedness, and more of a feeling of being at home in the natural world. Renewable energy sources would provide some conveniences, but not nearly on the scale of fossil-fueled industrialism.

"This will not, however, be an automatic outcome of the energy decline. Such a happy result can only come about through considerable effort.

"There are many hopeful indications that a shift toward sustainability is beginning. But there are also discouraging signs that large political and economic institutions will resist change in that direction. Therefore much depends upon the public coming to understand the situation, taking personal steps, and demanding action from local and national governments."

Richard Heinberg, The Party's Over; Powerdown

Wm. H. Kotke, The Collapse of Civilization, The Seed of the Future

Ross Gelbspan, The Heat Is On